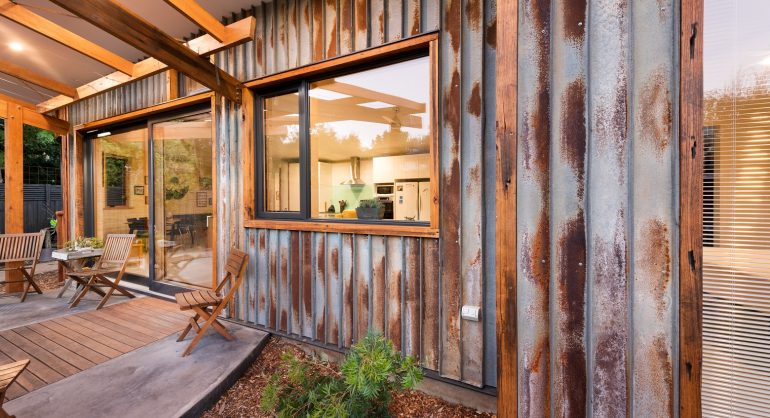 September was another month when our high performance home maintained a comfortable indoor temperature within the target range of 18 to 21oC.

The energy bill was $16 or approximately 50c per day, down from $47 in August.  Electricity usage in the all-electric home dropped to an average of 13kWh per day.

A steady decline in the need for mechanical heating had the biggest impact on energy consumption and, hence, the electricity bill.

BOM recorded an average September daily maximum of 17.7oC, noticeably higher than 15.6oC for August. The nighttime average of 7.8oC was similar to the 7.4oC recorded in August.  This average conceals wide variations in overnight temperatures.  After a couple of 20+oC nights in early September, the temperature plunged to <5oC mid-month.

The house continued to transition from “heating mode” to “neutral” as the days warmed and there were fewer cold nights.  Passive solar heating played a greater role in keeping the internal daytime temperature within the recommended 18 to 21oC zone.  As a result, the reverse cycle air conditioner (heat pump) was used less frequently.

This temperature chart compares conditions in our living area (kitchen) with the ambient temperature on the north and south sides of the house.  Notice how a passive solar design with good insulation and a touch of mechanical heating controls the interior temperature despite wide fluctuations in ambient conditions.

Higher overnight temperatures reduced the need to use heating.  If the outdoor temperature was predicted to fall below 5oC, I left the reverse cycle air conditioner ticking over with a minimum setpoint of 16oC while we slept.  Otherwise, I switched it off.  Heat absorbed by the concrete slab and Timbercrete bricks during the day plus excellent insulation stopped the temperature falling too low at night.

In the morning, I usually switched the air conditioner on at 18oC.  What happened next depended on the weather.  For cloudy days, the setpoint went up to 20oC.  If the Sun was shining, I turned the air conditioner off mid-morning and let passive solar heating do the work.  During the late-afternoon or evening, the heating might be switched back on for a couple of hours to maintain a stable temperature before bedtime.

Less need for mechanical heating shows the house is moving into its “neutral mode”.  The NatHERS 8.4 Star design is maintaining a comfortable internal temperature with the occasional nudge from the air conditioner.

Some time in October, I predict we’ll go to neutral mode.  Mechanical heating or cooling won’t be necessary.  If the interior temperature gets a bit warm, we’ll vent the house at night using natural air circulation.  The eaves will limit the amount of sunlight hitting the concrete slab so the thermal mass will then provide a cooling effect.

The Sanden Eco Heat Pump hot water system keeps doing what it does best.  Limiting its operation to the middle of the day ensures it is a renewable energy champion.  There is something special about using solar power to run a system that extracts energy from the air to heat water.

Excess solar power provided the electrons needed to trickle charge the EVs since we only drive short distances.  All we needed was to plug the car in for a while to top up its battery after returning home.

In September, with less mechanical heating, average daily consumption fell to around 13kWh.

We are now entering the prime solar power production months with more daylight hours and the Sun being higher in the sky.  Although this production chart shows the number jump around, the panels still produced an average of 24kWh per day.

Clearly, we produced far more electricity than we used.  Some of the excess went to recharging the LG Energy RESU10 battery so we could use homegrown “solar power” at night instead of importing from the grid.

Imported GreenPower dropped from 138kWh in August to only 30kWh for this month.  The two reasons for importing essentially disappeared.

Firstly, I could charge the EVs during the day using excess solar.  I eliminated nighttime charging from the grid using the Powershop EV charging off-peak rate.

Secondly, turning off the air conditioner at night eliminates the occasional importing of off-peak power to top up the home battery.  Sounds confusing?  Let me explain.  Keeping the air conditioner ticking over at minimum setting runs the battery down overnight.  If the next day is cloudy, there’s a good chance the solar panels can’t recharge the battery before the evening. There is a risk the battery runs flat so we import grid electricity during the peak time (maximum cost!).  Putting a few extra kWh into the home battery at night means we use off-peak power during the peak time.

With imports down and solar production up, we exported 370kWh to the grid.  That’s more than twice the August figure.

Our electricity trade balance looked great in September.  Higher exports and cutting imports to the bone reduced the month’s energy bill to $16.

Let’s review the energy balance and costs since July 1:

One thing to remember with the energy cost is we pay roughly $1.15 per day for a grid connection fee.  Even if we didn’t use any electricity at all, our bill would be $35 per month just for the privilege of having that wire connected to our house.

Looking ahead to October

On a sunny day in September, the solar panels max out around 6kW production.  As the Sun gets higher in the sky, the panels approach the 8kW nameplate capacity in the middle of the day.  The following chart shows the trend in weekly solar power production.

Good times, except that AusNet set a 5kW export limit.

Assuming air conditioner use is minimal and our driving habits don’t change significantly, we need sponges to absorb excess production if we’re bumping along at the export limit.  When the sun is shining brightly, expect us to be washing clothes, making jam on the induction cooktop, trickle charging an EV or giving the oven a pyrolytic clean.

If you’re interested in taking a virtual tour of a few green homes, please visit the Sustainable House Day 2021 website.  Over 100 highly efficient homes are on display.  There are information sessions scheduled, both on the official date of October 17 and in the weeks beforehand.