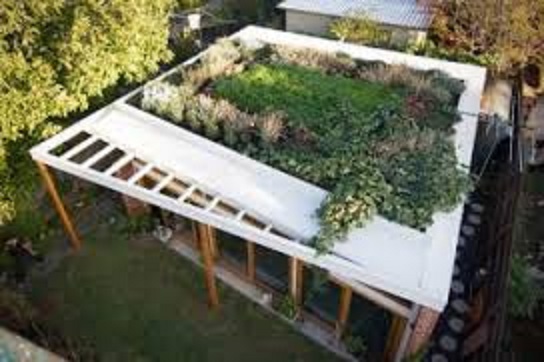 Green roof on a cool home

As part of Maroondah Council’s activities for Earth Hour, they organised a talk on using vegetation to assist a home’s passive cooling. Libby and I went along and heard how to use plants for a green roof or wall.

Do It On The Roof are green roof experts.

Paul from Do It On The Roof started by talking about the basic concept of a green roof. 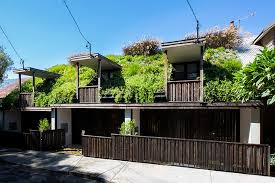 Installing a roof garden has many advantages which include keeping the home cooler in summer and warmer in winter through the extra layer of insulation, better management of storm water and increasing urban biodiversity.  They also look more attractive than many roofs you currently see in the suburbs!

There are two types of green roof – modular and directly loaded.  They work best on a flat surface, but it’s possible to install them on a pitched roof.

As the name suggests, modular means the garden arrives already planted in boxes.  The boxes are interlocked on the roof so this type is well-suited for small areas on an existing roof.  It’s easy to play around with the arrangement as sections can be removed for replanting.

Directly loaded gardens are created on site with a deeper layer of growth medium loaded onto the roof.  With this design, you can create an upstairs urban forest.  The deeper the growth medium, the taller the shrubs or trees you can grow.  However, the green roof has to be factored into the building design by a structural engineer.  Not many houses would be designed to cope with tonnes of earth and water sitting on top of them.

Having a green roof doesn’t prevent home owners using solar cells as they can be sited within the garden space.  Paul mentioned that the cooling effect of the vegetation improved the efficiency of the solar cells because they operated at a lower average temperature. 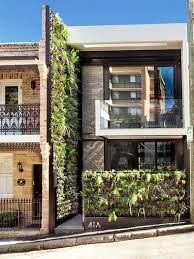 Vertical gardens are another way to reduce the amount of summer heat entering a home.

Green walls are made from rows and columns of pots attached to a wall.  An irrigation system keeps everything watered as this can be quite a tough environment for plants.  Funnily enough, some vertical gardens need extra lighting as they are installed on walls between buildings where natural sunlight is in short supply.

A green facade is a variation on this style of garden.  The facade is just a trellis installed close to the wall so that climbers can gradually cover the surface.  That would seem to be a lower cost option than a green wall.

Go native for the plants.

Choose Australian native plants for a green roof or wall because they evolved to survive in such a wide variety of situations.  The trick is to select ones that are best suited for the likely conditions.  Thinking about the amount of sunlight, wind and rain for the area will help with deciding what plants will not just survive but thrive.

A raingarden filters water from the roof. 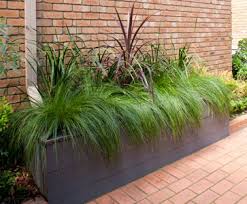 Paul also touched on raingardens which can be used to filter rain collected on the roof before it enters the storm water system.  Melbourne Water has lots of information about the benefits and various ways to create a raingarden.

Which ideas are we going to use?

We are going to take up the idea of a green facade.  This will be a relatively inexpensive addition to the western wall of our units.  The climbers will reduce the heat load on the wall during summer by shading the wall during the afternoon as the sun sets.

The other ideas are interesting but not appealing enough for us to include them in the current design package.

In the future though, who knows?  I might install a modular green roof to enjoy some greenery while I’m upstairs maintaining the solar panels. 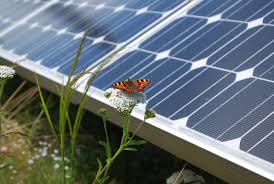