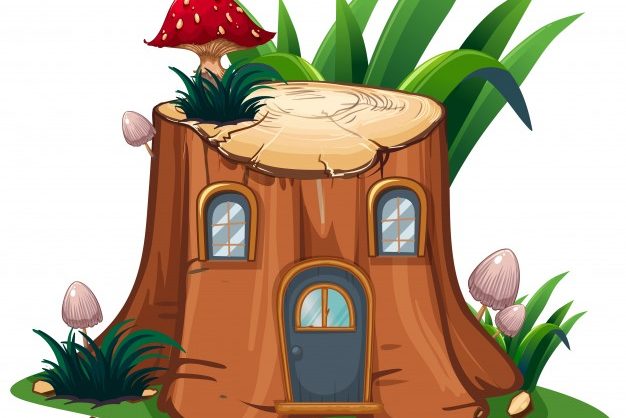 News about a tiny house is not something we expected to see on prime time television.  Unfortunately, the item told us about the theft of this poor little house from Canberra.  This adventure did have a happy ending with the thief tracked down in Queensland and the house recovered.

Our interest in tiny house design began a while ago with the concept popping up in various sustainability websites and magazines.

What is a tiny house?

Tiny living is a lifestyle philosophy that encourages people living in the developed world to downsize their home’s footprint.  How far to downsize is a matter of personal choice.  Some homes are truly tiny with the a traditional house distilled into the minimum possible space.  Tiny Houses Australia is a good place to visit for an Aussie spin on the concept. 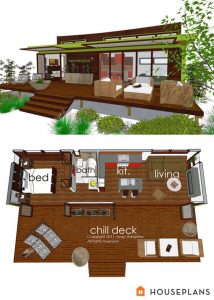 Given the dwelling’s small size, it’s critical to effectively use the space.  Dead space in a large home can be ignored or just ends up being filled with things that are used infrequently.

Obviously, downsizing into a tiny house starts with reducing the amount of stuff that goes into the house. Next comes effective use of the internal space.  Inefficient use of space makes the home uncomfortable to live in because things either get in the way or won’t fit.  As Benjamin Franklin said, “A place for everything, everything in its place.” 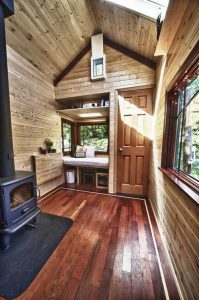 The Royal Institute of British Architects House of the Year 2016 awards contained several homes that celebrated the efficient use of small spaces.

Murphy House showed one way to produce a home more spacious than the measurements indicated.

Closer to home, Green magazine Issue #57 had an article called The Art of Space.  The article highlights some Australian architects who embrace the challenge of doing more with less. 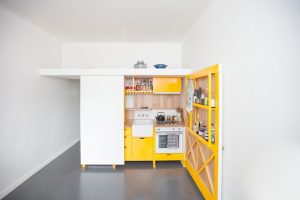 Nicholas Agius took a creative approach to making the best of 25 square metres in his Cairo unit project.  A good example is the kitchen design.  The large door opens to reveal the appliances and contains storage space for items that are needed when using the kitchen.  When not in use, the kitchen disappears into a cupboard.  Another clever idea is the white “door” on the left of the kitchen unit.  It’s actually more storage space which can be rolled to the left to close off the bedroom area behind the kitchen.

What can we use from tiny house design?

The message is that downsizing does not mean accepting a home that feels small inside.

Our aim is to use tiny house ideas and our builder’s creativity to produce an interior that feels spacious.  To avoid unnecessary clutter, the design will have useful spaces that are only revealed when needed.

Latest news on our project.

Steadily working through the paperwork means getting ever so close to starting work on the site.

After we get endorsement of a couple more Planning Permit requirements, we should get the Building Permit for the garden shed which becomes the site office for the project.

The shed permit must be in place before release of the Demolition Permit which means David can dismantle the house and clear the site.

The site has to be cleared before the Council starts on their drainage project excavations.  Then there’s the service pole that is right next to where they will excavate on the footpath.  We have to organise for the pole to be removed but only after the Telstra phone lines have been relocated … 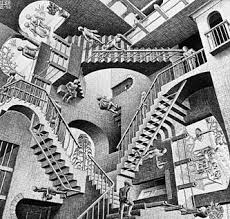