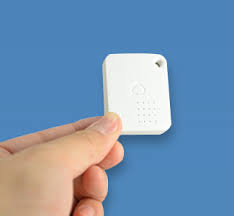 I couldn’t wait to open the package that recently arrived on our doorstep.  I’d been tracking its progress in the mail system for a few days.  My Wireless Sensor Tags were here!  Very soon I was going to discover they are the best thing since sliced bread.

Although Libby rolled her eyes at my excitement with a new gadget, she was the one who started me down this path.

Need data to find out what’s going on.

While discussing cladding and insulation options, Libby wondered if there was a way we could check how well the passive design features on our new home were working.  On a cold winter’s day, what was the temperature outside compared to inside?  Would there be a difference in temperature between the living area with the large north facing windows and the bedrooms at the back?  In summer, what would the inside/outside temperature difference be?  Could we see the effectiveness of the reverse brick veneer construction in preventing heat leaching into the home?

Wanting to see the numbers is consistent with a drive towards household energy monitoring.  I already have my Powershop app for watching electricity consumption.  A Living Labs study has shown that residents need data to make the most of the sustainability features in their homes and appliances.  It’s not enough to have the features, we need feedback to tell us how well we are using them.  Indeed, in one case, the feedback showed that the solar panels on a house weren’t actually working despite what the residents thought.

Mmm, so temperature sensors have moved on from just waving a thermometer around.  With that revelation, I suspected there must be a way to set up a data logging system that would continuously monitor indoor and outdoor temperatures.  Some bright young thing somewhere must have invented a gadget to do just this job.

I knew who to ask for advice on what would be a cost-effective, robust way to monitor temperatures.  Within a few minutes of my posting my question on the My Efficient Electric Home Facebook page, I had my answer.  In fact, I had heaps of answers! 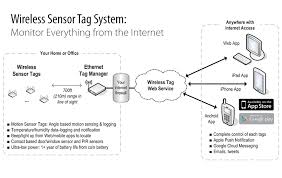 The recommendation that jumped out to me was to consider Wireless Sensor Tags.  Temperature monitors are placed around the house and they communicate with a base station which uploads the data into the cloud.  Once the numbers are in the cloud (wherever that is), you can access them from a computer or phone.  Although there must be a lot of fancy technology under the surface, the user interface looked simple and clean.

Enough said.  I placed an order.

Setting up the wireless sensor tags. 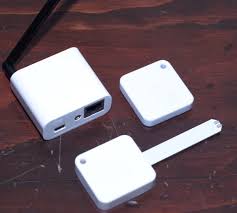 First impression on opening the box is how small the components are.  The tag manager (ethernet hub) is tiny!  At only 4cm square, it makes my compact home WiFi router look like a giant in comparison.  The temperature monitoring tags are about the same size but so very thin (9mm).  Even though we started with the aim of comparing indoor and outdoor temperature, I had ordered 5 temperature sensors due to the cost savings in a package deal.

One thing I didn’t think about was the power source for the tag manager.  Oops!  Being manufactured for the American market, it came with a US plug designed for 110V circuits.  Even if I could twist the pins on the plug to fit our Australian sockets, would the transformer cope with a 240V supply?

Once again, time to seek expert advice.  A trip to the local Jaycar Electronics store should solve the problem.  I was optimistic the young blokes behind the counter would find this a trivial problem to solve and secretly gossip about the ignorance of the older generation.  Yes and probably yes.  Within two minutes, the recommendation was to buy a $10 adaptor.  Voltage wasn’t an issue.

Setting up the wireless sensor tag system was a breeze.  I followed the instructions on the website and had the system operational within minutes.  It’s a pleasure when technology works right out of the box.

What have we discovered?

I like to think that monitoring the temperatures in and around our 1960’s weatherboard home is establishing a baseline for when we move into our 21st century sustainable home.  We might as well gain experience with how to use the technology and what it can tell us.

Once again, those clever folk at Wireless Sensor Tag have made it easy to get the data.  When Libby asked me to load the app onto her smart phone I knew they had done a good job with accessibility.  She’s now a regular user and happy to show others what’s going on with the temperature in our house.  If anyone cares to comment that it’s not really that cold, Libby and I can now back up our claims with the numbers for any time of the day.

Extracting temperature trends is a breeze.  Looking at the graphs turns data into useful information. 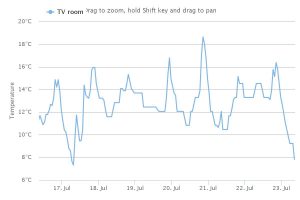 Our TV room is the only one with heat (gas fired appliance).  The graph shows that it churns away to gradually heat the room, as long as both doors are shut.  Equally, you can see how quickly the room cools down again.  Goes to show what happens with single glazed windows and a lack of insulation.  All that heat leaks outside. 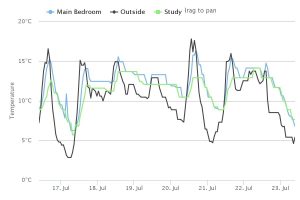 Comparing the outside temperature with the main bedroom (north-facing windows) and the study (small east facing window).

We’re feeling positive about the benefits of passive  house design based on the temperature comparison graph.  Our main bedroom has largish north-facing windows.  The study has one east-facing window which tends to be in shadow from the neighbour’s house.  Even though the rooms are next to each other, the temperature difference is remarkable.  On a sunny day, sunlight entering the bedroom lifts the temperature significantly while the study remains cold.  No wonder I have to occasionally wear my thermals when sitting in the study.

Another item on the Wireless Sensor Tag website that took my interest was the soil moisture sensor.  Given I was already paying shipping fees, I popped one into the order.

Being able to monitor soil moisture fits with an idea I have for the future garden.   Indigenous plants thrive when given a deep soaking after the soil dries out.  They tend to develop shallow, weak root systems if watered on a schedule regardless of the weather.  If I knew what was going on in the soil, I could water only when needed. 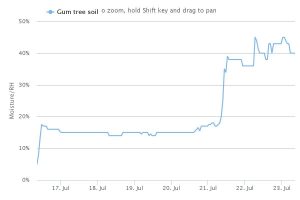 To push the envelope a bit, I configured the soil moisture tag and marched off to the back fence.  This is the area where I’ve planted a batch of indigenous seedlings so I wanted to make sure they were being looked after.  The probe is about 40 metres away from the base station.  Would it still communicate?  No problem at all!  The sensor is happily chatting away.  In fact, I’m confident I could monitor my neighbour’s garden since the claimed line-of-sight range for these devices is 210 metres.

Just because I could, I’ve switched on the temperature option that is  included in the soil sensor.  Now I can also check how cold it is for those plants.  Frost anyone?

This is only the beginning.  There is so much more this clever system can do.  It talks to other devices!

I can see the temperature tags being the first step towards creating a smart house.  Imagine a home where temperature sensors feed data to the heating & cooling thermostat to help it make informed decisions about how to keep a comfortable temperature inside.  What about a control system that works out when to open a ventilation window to exhaust hot air?

This is a tantalising possibility based on the Wireless Sensor Tags and IFTTT recipes (If This, Then That).  It’s going to an educational and enjoyable journey to explore these possibilities.

And it all started with a question about how we might collect some temperature readings.