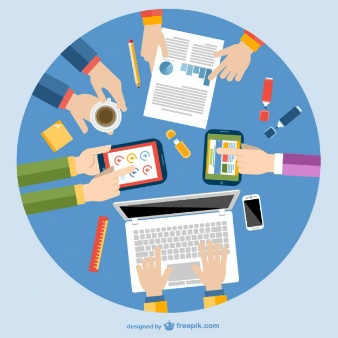 We felt a bit nervous going into our first meeting with Council to talk about the storm water drainage issue and its potential impact on our project.  After David’s initial discussions highlighted the potential for mutual benefit in the Council’s drainage project, the Engineers asked that he organise a meeting with us.  They wanted to explain their ideas in person so we were fully informed.  The aim of the meeting was to determine if there was a way forward.

It was the flood analysis diagram that highlighted the extent of the issue the Council is addressing.  Our back garden has the honour of being exactly where two natural storm water flood lines meet.   When combined with limited capacity in the upstream storm water drains, this means that there is a high likelihood of water washing through our garden in a significant downpour.  Gumboots on!  We could be knee deep in water!

Over the last few years, the Engineers worked on a major upgrade of the existing drains.  The one running through our back garden needs to be increased to a 1.5m diameter.  That’s a decent sized pipe and not a trivial task.

The existing plan calls for significant excavation throughout the neighbourhood.  For example, the pipe runs directly underneath next door’s huge tree and between two houses that are quite close together.  Despite best efforts to minimise the impact, it’s a tricky job requiring lots of coordination and planning.

And then we popped up on their radar.  All of a sudden, there was the possibility of getting access to a clear block of land.  Changing the location of the new drain to run through our block meant excavations could be done easily and a chunk of the difficult pipe replacement avoided.  It would mean creating another easement on the block, running under the planned driveway.  There was the whiff of time and money being saved.  We could understand why the Engineers wanted to explore this possibility.

Next was the issue of whether doing part of the drainage upgrade would be sufficient to allow us to complete all three homes or would we then have to remain on hold until other parts of the project were completed sometime down the track.

Although we couldn’t get specific answers, it seemed possible to organise things in such a way that our project would benefit from the changed stormwater drain design.

There are lots of positives to consider.  Installing the new pipe created the possibility of straightening out the existing diagonal easement across our property.  This meant we could spread out the three homes and give the two front homes more personal space.  The Engineers would have specific and up to date knowledge of how the pipe upgrade would reduce flooding on our property so could advise Planning accordingly when our permit was submitted.

Although clearing the block entirely means we’d have to find another place to live for a while, another positive is that it gives David a clean slate for constructing the three homes.  Rather than working around the existing house and starting on the third home, he could plan for constructing all three in whatever way made best sense.

By the end of the meeting, everyone agreed that the option of running a new pipe/easement was definitely worth exploring in more detail.

We have opened a window of opportunity which the Engineers are eager to exploit.  They understand we aren’t going to leave the window open indefinitely.  Hence, it’s important we move forward as quickly as possible so everyone concerned knows where they stand with regards to the two projects and can plan accordingly.

There is still plenty of work to be done (eg reworking the current drainage pipe design, putting together a budget submission to  the Council).  We recognise this isn’t a minor exercise for the Engineers.

Now it’s time to expand the roll call and bring more parties into the conversation.  The idea is to bring Planning and Sustainability representatives into the next meeting to bring them up to speed with the discussions so far and get their input.

We continue to move forward.  Our first meeting with Council went well so we’re optimistic that the scene is set for continued progress.