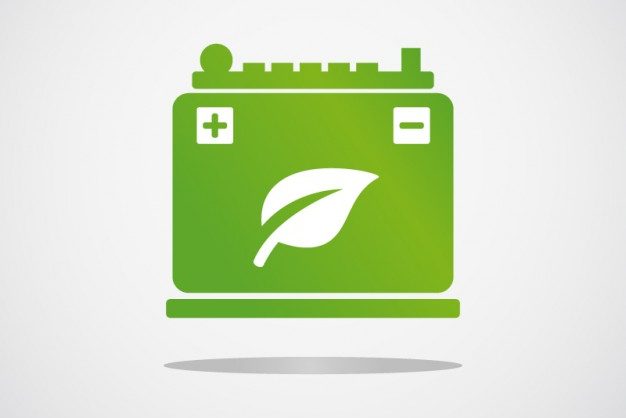 The hills are alive with the sound of people talking about installing a home battery.  Batteries regularly pop up in the media with reports of Aussies taking to this technology like ducks to water.  Tesla and the South Australian government installed a whopping big battery. It’s busy smoothing out wrinkles in that state’s power supply.

We dipped our toes into this particular pond with a solar panel and battery system that powers our construction site.  Although the load increased when frame construction started, the system continues to meet their demand.

Advice for anyone considering a home battery. 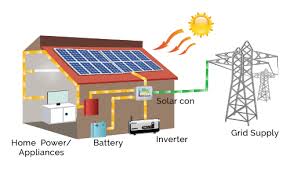 Last year the NSW Government came to the rescue of enthusiastic amateurs, like me, who are interesting in a home battery.  They published the NSW Home Solar Battery Guide. The name says it all.

This is an easy-to-read booklet which covers the basics in digestible chunks.  I liked the step by step approach through what can be a technically challenging subject.  Key sections included:

I recommend anyone considering buying a home battery reads this booklet first.

Why are we installing a home battery?

Being asked why we want to install a battery does focus the mind on reasons for our decision.  “Just cos” is a bit glib.

We started out thinking that going “off-grid” in the suburbs was a way to be truly sustainable.  With enough solar panels and battery storage we’d never have to pay another power bill. However, attractive as that sounds, it’s a real stretch.  In the suburbs, going off-grid rarely makes economic sense. Also, cutting the wire means getting stressed about installing the correct amount of home battery storage. Too much capacity wastes money. Too little means running out of electricity after a run of cloudy days. Awkward!

So, we’re staying on the grid.  We now think of a home battery as a neat way of time-shifting solar power to save money.  Electricity generated during the middle of the day is used or stored, not exported to the grid. When the sun sets, the stored power runs our appliances.  There is an economic benefit because the tariff paid for exported solar power is less than the cost of buying electricity at the peak afternoon/evening rate.  Calculating the exact dollar benefit just got a whole lot more interesting with the Victorian Government announcing a time-varying feed-in tariff starting July 1.  Good news for anyone exporting during the late afternoon peak because the tariff jumps to 29c/kWh.

Chance to help the broader community.

Another justification for a home battery is the chance to become a “prosumer”.  Prosumers produce, store and consume electricity. 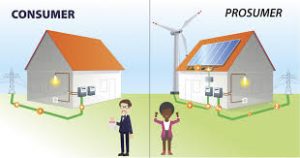 Clever energy retailers like PowerShop recognise the advantages of engaging with prosumers to benefit the entire community.  Homes with batteries can be linked together into a virtual power plant that supports the grid during peak demand and reduces reliance on fossil fuel power plants.  If we have more electricity stored in our home battery than our predicted requirement, it’s better for the planet if we release that energy to the grid.  That sure beats the alternative of someone throwing more brown coal into a boiler at a power station.

What type of home battery for us?

In the good old days, only one battery chemistry was readily available – lead/acid (bigger versions of the ones found in cars).

At a recent ATA presentation on battery systems, a GridEdge representative outlined the advantages and disadvantages of the modern crop of batteries.

Two types, lithium-ion and sodium nickel chloride, seemed the best fit for us.

Lithium-ion getting all the attention. 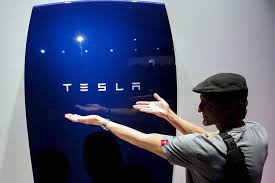 Thanks to Elon Musk and Tesla, lithium-ion batteries are hogging the limelight.  Let’s not worry about exactly how they work but jump straight into the advantages and disadvantages.

The main advantages are lightweight construction and an 80% depth of discharge (DoD).  The DoD specifies how much of the storage capacity is actually available for use without damaging the battery.  In this case, a 10kW lithium-ion battery is good for 8kW of usable power. That’s better than the 50% DoD for a lead-acid battery.

But, there are a few things to think about:

The GridEdge representative presented us with a less well known alternative to lithium-ion batteries.  The sodium nickel chloride battery is a molten salt battery. Wow! Inside an operating battery is a container filled with hot, molten salt. 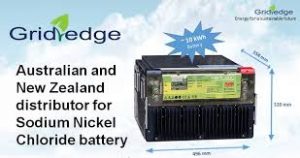 What are the advantages?  The following list looks like someone designed a product to address the concerns raised by lithium-ion batteries:

So what’s the problem?  All these advantages come at a higher purchase price than a similar capacity lithium-ion home battery.  However, as GridEdge point out, the sodium nickel chloride battery becomes competitive if you look at the lifetime cost (purchase price and operating losses over a 10 year life).

And the decision is … 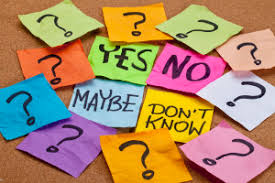 The jury is still out on which home battery we’ll select for Unit 1.  Luckily, we don’t have to make the decision right now.

A little bit further down the track, we’ll get up to date quotes for both types of home battery. Perhaps the sodium nickel chloride battery costs will fall enough to fit within our budget figure which was based on 2017 lithium-ion battery costs.