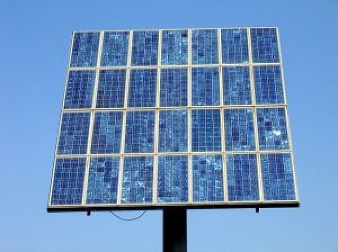 We are quite certain that our new home will have solar power and batteries, but how much is enough?  How many solar cells should we have on the roof?  How much electricity will they generate during summer?  What about winter?  What size batteries would be suitable?  Lots of questions that need to be considered.

ATA Sunulator comes to the rescue.

Fortunately, the Alternative Technology Association has recently produced a spreadsheet which should help with the decisions we need to make.  The Sunulator will allow us to play around with different combinations of solar cells and battery sizes in order to see the impact on our electricity bill.  Since the program is based on real solar energy data for specific locations (eg Melbourne), it should be quite accurate in predicting power production over the course of a year.

I’m going to be diving into the program to determine what would be the optimum number of solar cells and battery size for our situation.  Given that we charge an electric vehicle every 2-3 days, it will be interesting to see happens.  A system designed to generate enough electricity in a day to fill a 15 kW battery in Winter is going to be oversized for Summer.  Will a system sized for Summer conditions be much benefit in the dark days of Winter?

An important point to note is that Sunulator is designed for grid-connected solar power and batteries.

Should we stay connected to the grid?

With Sunulator, the basis is optimising the solar power and batteries with the grid connection as a back-up.  Off-grid systems would cut the cord entirely and be sized to cope with a few days of minimal power production.  For now, we aren’t ready to make this jump BUT we need to bear this option in mind when designing the system.  One day, we might like to make the jump and avoid costly modifications to do so.

Some would say that it’s worth making the jump to an off-grid system now.

Energy for the People are stirring up the debate with their article about three common mistakes people make when thinking about disconnecting from the grid.  The one that caught my attention was assuming that a grid connection would be a relatively cheap option for back-up power.  As pointed out in the article, it’s likely the grid operators will try to recoup their costs by charging a premium for intermittently supplying small amounts of electricity when a home’s solar power and batteries aren’t up to the job.  Sure, stay connected, but when you want some electricity, the price charged might make your eyes water.

That’s certainly a possibility, but my chat with Powershop indicated they are likely to have a more holistic view on how to integrate the grid with homes that use solar power and batteries.  I think the technologically advanced retailers see an opportunity to manage the flow of electrons through the grid in such a way that everyone benefits.  We’ll see what happens as batteries start to make their presence felt in 2016 and beyond.